Heart, emotion and passion instead of pure functionality – these are Tama Sumo's DJ characteristics in a nutshell. She started out in 1993 at Drama bar in Berlin / Kreuzberg, one of the first bars to ever feature its own DJ at the weekend and an important hang out for the scene before going to the clubs.

Drama was one of the few venues at the time, playing house music, when techno was dominating most of the other clubs and bars. Tama Sumo used to play a lot of New York style vocal house and quickly became a regular DJ behind the decks at the gay Saturdays at Café Moskau. In the beginning of 1994 she started playing regularly at the legendary Club Globus/Tresor and became a resident DJ for about 10 years at the club. She began to integrate different electronic music genres into her house sets, a mixture, she constantly improved on over the years & which still plays a significant role in her current sets.

Since 2001 Tama Sumo also played regularly at the Dance With The Aliens party at the old OstGut, Berghain's predecessor club, which eventually opened the door to a residency at the new Panorama Bar & Berghain shortly after the club opened. She developed a varied style ranging from House, Disco, Techno, a smidgeon of Detroit Electro and Pop. “Music for me is something very subjective and I always attempt to approach it with my intuition & heart,” Tama Sumo comments.

“To be a DJ for me means to be in touch with the audience without words and to interact with the crowd and give them what they need whilst staying true to myself at the same time. It’s also fundamental to my work that I succeed at letting the music, the crowd and myself run freely. I have to turn off my head and go with the flow. I love to create and play with different moods and atmospheres. And I’m still fascinated by the fact that music can release a huge amount of energy and fun.”

At the beginning of 2008, she released her first record, a collaboration with Prosumer for the Ostgut label. In 2012 she remixed South Sudanese singer & activist Mary Boyoi's “Zooz” (Süd Electronic) and together with Lakuti & The Neighbourhood Character she formed Tarantism and remixed the Knife's “Ready To Lose” (Rabid Records, 2014). In 2021 Tama Sumo and Lakuti released „An Ode to Audre“ as part of the „Fünfzehn + 1“ Compilation on OstGut Ton. The duo also did a remix for Barbie Bertisch’s „Fertile Garden (Emerge)“ on New York’s Love Injection Records in 2022.

2013 saw Tama Sumo and Lakuti curating a number of Friday nights at Berghain’s Panorama Bar, and in 2015 the couple started their Your Love events in London. Your Love now also happens in Panoramabar once every quarter. The nights focus strongly on the idea of a community coming together and celebrating the rich tapestry of music. Your Love returns to London 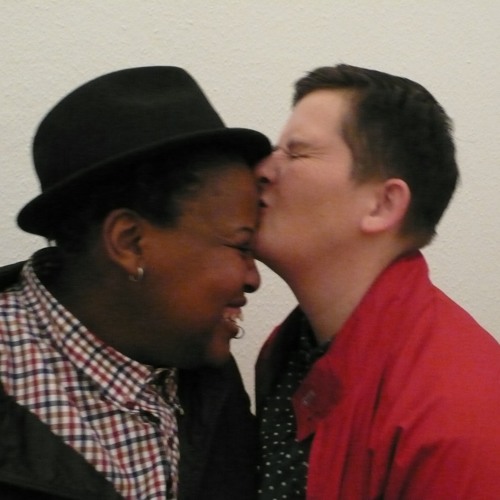